Ethiopia signed the Declaration on the Coalition of the Willing on Pollinators on the 17th of July 2017. It was signed by the Ethiopian Biodiversity Institute to promote Pollinators. 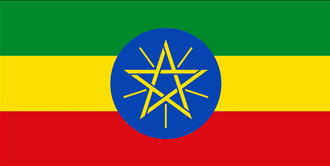 Why did Ethiopia decide to join the coalition?

Ethiopia is a landlocked country on the Horn of Africa, in the Northeast of the continent. It is among the largest countries in the continent, covering a total area of 1,127,127 km2. Ethiopia’s topographical diversity encompasses high mountains and flat-topped plateaus, surrounded by lowlands, and dissected by deep gorges with rivers and rolling plains as well as the great Rift Valley. The highest mountain, Ras Dashen, peaks 4,620 m above sea-level, the Danakil Depression, reaches down to 125 m below sea level. The dominating topographic element is the vast and fertile central highland that accounts for 37% of the land area of the country with an elevation ranging from 1,500 to 2,400 m. The mean annual rainfall ranges from 500 mm to 2,800 mm and the mean annual temperature ranges from around 10° to above 30 °C. Because of these diverging abiotic factors, the country is endowed with an amazingly diversity of plant, animal and microbial organisms, and known as one of the 20 mega-biodiverse countries in the world with a high rate of endemism.

Agriculture dominates the Ethiopian economy, which is characterized by two main farming systems: mixed agriculture of the highlands, where both crops and livestock production are integrated, and pastoralism in the lowlands. Ethiopia’s major staple crops include a variety of cereals, pulses, oilseeds, and coffee. Out of the 53 major agricultural crops cultivated in Ethiopia, 33 of them (62.2%) are dependent on biological pollinators, and of the total biological pollinators, honey bees contribute 80% of pollination service (Alebachew, 2018). There are five geographical species of honeybees (Apis mellifera monticola, A. m. jemenitica, A. m. bandasii, A. m. scutellata and A. m. woyi‐gambela) which are economically important in the country. Other than these species of honeybees, there are bee species called stingless bees (meliponini) or ‘Tazima nib’, that makes special honey of medicinal value. In the production system of these crops the role of pollinators is the most significant ecosystem service, but by nature the crop production system is characterized by high inputs of chemicals (fertilizers, herbicides and pesticides) that damage pollinators and their habitats. Several studies revealed that Ethio­pia has highly benefited from biological pollinators even though economic value of pollination services is declining while vulnerability of pol­linators is intensifying, so protecting them has a significant role in the country’s economy. Pollinators are affected by extensive habitat clearing for monocultures and indiscriminate spraying of pesticides and herbicides. Thus, the importance of pollinators requires publicity and awareness.

There are various tangible positive arguments that supports the protection and sustainable utilization of pollinators in Ethiopia where ‘Pollinator-friendly’ coffee from the highlands of Ethiopia may ultimately be a marketing force to harness in support of pollinator conservation. Stingless bees produce a very special honey, highly valued for its medicinal values, whose commercial potential has not yet fully been explored in Africa. Protecting the various ecosystem services of pollinators motivated Ethiopia to join the coalition and commit to:

What is the current situation regarding pollinators and pollination in Ethiopia?

There are many natural and human made challenges that cause a decline of many groups of pollinators. This was mainly due to human induced impacts such as habitat destruction and fragmentation, land use change, non-target uses of pesticides and herbicides chemicals, climate change, and invasive alien species. Human activities including changing diversification to monocultures, overgrazing, land clearing, irrigation that modify their habitat in the area of agriculture affect the population of bees and other animal species and their abundance. There are also natural factors that reduce bee population such as drought, flooding, pests, fire and other diseases through the negative effects on bee forage, nests and on individuals, or a combined effect of all. In general, although the majority of cultivated agricultural crops and wild plant species depend on pollination by insects and researches confirmed the country has vastly benefited from biological pollinators, no national governmental initiative exists directly targeted to protect Ethiopian pollinators. The main pollinators of the country are animal pollinators including many insect species, as well as several species of birds and bats. 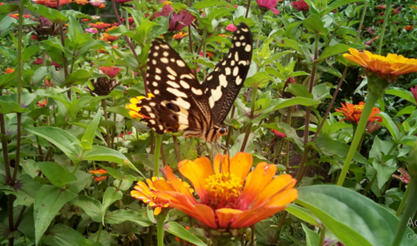 How is Ethiopia working with its national strategy? What are the efforts?

Ethiopia had a National strategy titled “Ethiopia‘s National Biodiversity Strategy and Action Plan 2015-2020”, that encompassed pollinators (insects) under animal biodiversity directorate, but the major activities so far performed have been tending to scientific research like characterization, identification and collection of Ethiopian pollinators (insects). Re-examination of agricultural and land use policies may be needed, while indigenous agricultural systems that allowed for alternative forage and breeding sites for pollinators are encouraged. Public awareness and education; mainstreaming pollination and pollinators issues to development endeavors; conservation and restoration of ecosystems; and capacity building should be designed to promote pollinators issues and to be ready for national to local level implantations.

What are Ethiopia’s expectations for the future?

Through the IPBES National Contact Point, and together with the Ethiopian Biodiversity Institute, Ministry of Agriculture, Ethiopian Wildlife Authority, Environment, forest and Climate Change commission efforts will be promoted to start the Ethiopia Pollinators Initiative.

We do hope that, as it happened in other countries (e.g., Colombia), after joining the Promote Pollinators initiative, Ethiopia takes further steps in protecting pollinators and their habitats, by developing a national strategy with a roadmap of prioritized initiatives.

At a global scale, we hope that alliances and synergies with the Coalition countries are established so that knowledge and experiences are shared, allowing us to increase our knowledge for the best conservation and management of pollinators.